Tuesday night at Camden Palace was the "Feet First" indie night with DJ's Jonathan and Eko. They played everything alternative - from indie rock and shoegazing to metal, from goth and el
ectronic/industrial to the emergence of the dance and rap influenced indie bands such as Chemical Brothers and Credit to the Nation. A good varied wide spectrum of music that was a perfect fit for me and many, many others.

Feet First was also very much a student night. The drinks were cheap and I'd imagine a good proportion of those in attendance were probably not supposed to there - you could often tell too as it was packed during the school holidays and could be at times rather sparse during term time.

The other great thing about Feet First was that every week they hosted a band. These bands covered a massive range of music (to tie-in with the clubs setlist), some were great, some terrible. Some were already names in the music industry, others would go on and become famous. It was, in short, usually a fantastic night out.

On this Tuesday in question a group of us (including Donna, Mike R and Justin) saw Gene Loves Jezebel play the midnight 'band slot'. Gene Loves Jezebel were an 80's goth/rock band who had a small degree of chart success but never achieved the heights of several other goth bands at the time (such as The Mission, Fields of the Nephilim and Sisters of Mercy). Julianne Regan, who went on to form All About Eve, was a past member and they had toured with a number of higher profile bands and had certainly built up a dedicated following.

I had a few of their 12" singles and an album or two on vinyl so was interested to see them live. I can't remember many specifics about the gig in question but I know I enjoyed it. Probably more than some of the more rock-orientated friends I with anyway :p 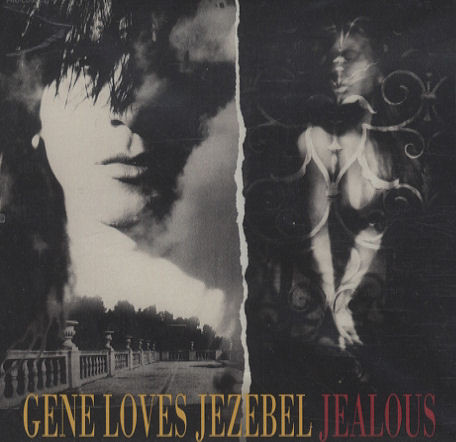