I've just realised how little 'Angus' content is on my Live Journal these days. I hardly ever talk about 'me' anymore. Indeed alot of my musings have either been about Cubicle 7 or the RPG industry as a whole with the occasional "who wants to go to the cinema this weekend" type post thrown in for good measure.

Truth is a number of things. I have actually been very busy doing work so there's not a lot of 'Angus' things tor eally talk about at the moment apart from work. Secondly, there are things happening in Angusland but there's a lot I don't neccesarily want to post to the wide world of the web.

I did however manage to break away from the computer this evening for a few and went to a pub I'd never been to before, in an area I don't know to meet up with a bunch of people I'd never met (apart from Tom whom I met about 4-6 weeks ago at The Dev and The Ballroom). This is quite a departure and accomplishment for me because I'm generally incredibly shy when meeting people I don't know outside of a work environment unless I have an introduction of somekind and the fact that I didn't suddenly decide i *should* actually stay at home and work all night (again) as a feeble excuse impressed me.

Anyway, I had a wonderful night and met some new wonderful people. Certainly will be doing that again!

You'd be excused to think this was a joke but the Russian Government is actually proposing a bill called "Government Strategy in the Sphere of Spiritual and Ethical Education" which calls for heavy regulation of EMO sites, banning young people dressed as emo's from entering schools and government buildings. EMO's aren't the only ones being officially blacklisted though - goths and skinheads have also been thrown in at the deep end of official disapproval and the need for re-education of their ways...

It's not the first time that EMO has been targeted by the state in Russia either...

-----
In November, the Novgorod regional education department issued a letter to all schools in the region with a description of emo culture, saying the "dream of every [emo] is to die in a warm bath from the blood of cutting their wrists."

The branch distributed the letter at the behest of the regional branch of the Federal Security Service, according to the bill's footnotes.

One school in Chelyabinsk has banned emo attire, saying it violates the Constitution because it promotes "violence," the news agency Novy Region reported.

Igor Ponkin, one of the bill's authors and a member of the Interior Ministry's public oversight council, described emo culture as a "social danger" that demands measures such as dress codes in schools, Internet regulation and state-sponsored after-school activities.
-----

Together with proposals to combat child alcoholism and pornography, the policy project outlines a raft of draconian measures such as a 10 p.m. curfew for all school-age children and a ban on tattoos and body-piercings.

Under the new measures, schools would be prohibited from celebrating Western holidays like Halloween and St. Valentine's Day, which are deemed inappropriate to "Russian culture." Toys in the shape of monsters or skeletons would be banned as "provoking aggression."
-----

The proposal also sets its sights on teenage subcultures such as emo, a style of hardcore punk, and goth, which lawmakers accuse of "cultivating bisexuality." Both styles, the legislation implies, are social scourges on a par with the skinhead movement, and must be eliminated from the social landscape.

"The country has overcome its economic crisis, but now we're faced with another kind of crisis -- a spiritual and moral one," says Natalia Karpovich, the deputy head of the Duma committee for family, women, and children that is the driving force behind the proposal.
-----

Some supporters of the project -- including Duma deputy and film director Stanislav Govorukhin -- take a particularly dim view of the country's young people, saying the new rules are chiefly intended for toddlers and children who have yet to be born. Children older than 2, says Govorukhin, are already "lost" and beyond rescue.

Most authorities, however, have been more inclusive. Russia's mounting demographic crisis means the country can ill afford to sign off on an entire generation as a hopeless cause, and the government in recent years has demonstrated a growing interest in young people. Pro-Kremlin youth groups like Nashi have found active backing, as have the newly formed Mishki, or Teddy Bears, which aims to instill patriotic values in 7- to 15-year-olds.

Critics say initiatives like Nashi and the Duma's new policy proposal smack of Soviet times, when children were heavily indoctrinated both at school and in state-sponsored movements like the Young Pioneers. Some skeptics fear the Kremlin will use the proposed legislation as a weapon to nip political dissent in the bud.

Government harassment of youth-based opposition movements like the now-outlawed National Bolsheviks only cements the conviction among many that the government's youth policy is highly selective and deeply political.
-----

aaronace, a friend and great artist who's done work for Cubicle 7 in the past and is currently working on a future Victoriana cover for us, suffered from a flash flood a few days ago which has wrecked the ground floor of his place. He's having a 'Flood Sale' to raise some extra cash so if you've ever fancied a signed piece of his art now is the time to get your orders in! He's only charging $15 per piece with free postage in the US.

I've already put in an order for, er, a few bits :p

aaronace) or my flickr gallery. If you see something you like, drop me a line at aaronace [at] gmail [dot] com, and I'll let you know if it's available.
-----

Here's a few samples of his work... 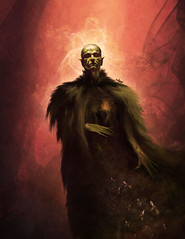 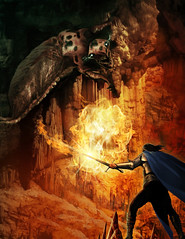 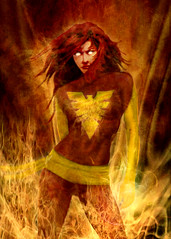 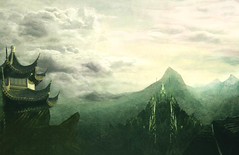 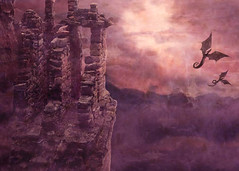 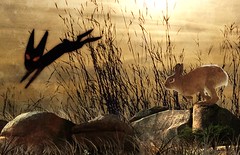