I’ve enjoyed lots of licensed RPGs and played a fair number of them over the years. I remember my first was the old Games Workshop Judge Dredd Boxed RPG which we played during lunch break at school for a bit (Twilight: 2000 seemed to be the preferred ‘lunch time’ game for some reason though). We had several memorable session of West End Games brilliant ‘Ghostbusters’ RPG – which is a license I’d love to see reappear. Technically ‘Call of Cthulhu’ is a ‘Licensed’ RPG when it first came out as it’s based upon the works of H. P. Lovecraft’s novels – but I’m going to ignore that as the RPG is arguably better known amongst the majority of gamers than his actual books are.

I’ve also been involved in licensing and publishing RPGs based upon TV, Films, Books and Comics. Doctor Who, Lord of the Rings, Primeval, The Laundry and Starblazer Adventures which we published at Cubicle 7 were all ‘licensed’ products – and whilst I loved them all they don’t quite reach my ‘favourite’ (although I’ve already seen a couple of the above make peoples lists which is nice to see).

My *favourite* licensed RPG is actually a tighter call than I thought it would be. It endws up being a toss up between Phage Press’ “Amber” Diceless RolePlaying Game based on the fantastic series of novels by Roger Zelazny and TSR’s Marvel Super Heroes.

Ultimately I think Marvel wins the duel but I’ve had an immense amount of fun playing both of these (and all the others I’ve either mentioned above or didn’t mention – such as White Wolf’s “Street Fighter” RPG which we had a great short-run campaign of). 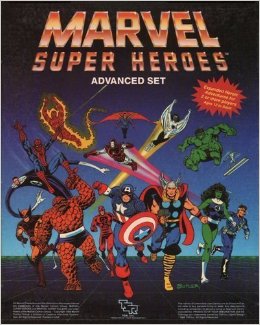 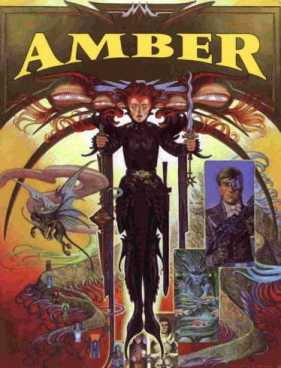 (To find out more about #RPGaDAY please check out http://autocratik.blogspot.co.uk/2014/07/rpgaday-in-august.html
Collapse